Do You Have A Maintenance Project We Can Help With?

Get a free quote

I visited Deb J. this week for a main drain blockage.
It took a surgical approach to remove the 4” cast Iron pipe to get to the problem.
While going the painstaking process Deb started talking about other issue’s she was having in the house.

As I proceeded through the repair she mentioned the outside faucets that kept freezing preventing her to use it over 10 years, and the water heater that was out of warranty.

We then moved to the basement.
I showed her the outside faucet’s ball valve and its drain location to allow her to drain the line.
I made clear that shutting off the ball valve was not enough to solve her problem.
Her response was that no one had ever explained to her how to properly shut the outside water off to keep it from freezing.

The “sacrificial rod” in the water heater is to allow the minerals to attack the rod instead of the tank.

The plumbing contractor just kept showing up every spring to repair the plumbing.
He never made suggestions on how to re-pipe the line to keep it from freezing.
Then our attention turned to the water heater.
She asked about the anode road she noticed; I explained that it was the “sacrificial rod” in the water heater to allow the minerals to attack the rod instead of the tank.

The other maintenance she could do herself would be to drain the water off the bottom of the tank once a year. 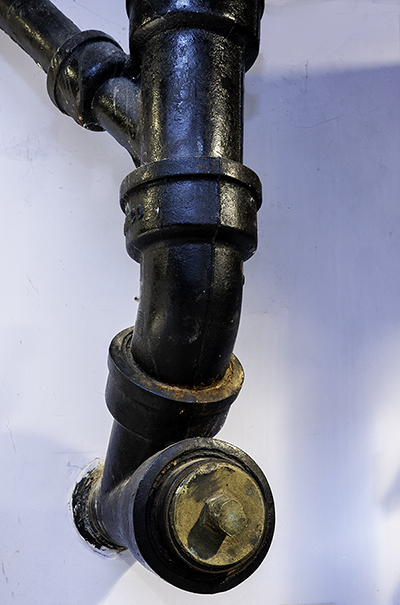 Talk To Us - We're Here To Help

When you hire My Dear Watson Heating & Cooling Services, you can relax with the peace of mind in knowing that you are getting the benefit of nearly 30 years of experience and training along with a strong commitment to total customer satisfaction. Call us today at (978) 251-2994 to start your project today.